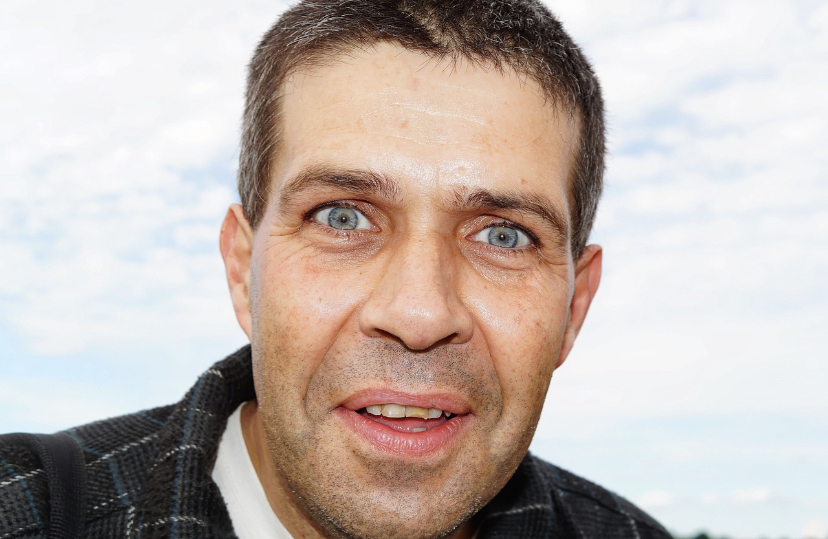 It’s not you. It’s us. But sometimes it IS you. But mostly it’s us. And we dislike how we tend to love you so amorously one minute and then stare you right in the eye a few seconds later, thinking ‘I could divorce you right now….’, because you looked at us in THAT way again. All you were attempting to do was fix the problem, right?

Welcome to Menopause. The world where the woman you love so very much is beginning to resemble an alien from another universe. Everything you exercised in recent years to brace yourself through the highs and lows of monthly woman cycles, isn’t working and if anything, the rollercoaster is now a death defying ride! Without the safety belt!

I work with different populations of women. Some are young women entering the delights of the world of hormones, and then I have those whose ovaries have shut down shop.

In the latter, I see and hear of the despair, frustration and absolute confusion of the spin cycle they’ve been thrust into. Sometimes, they’re dealing with horrific symptoms, hot flashes, weight gain, a lack of libido and motivation for intimacy, or for life.

To compound matters, some are simultaneously raising young teenagers who are dealing with their own confusing journey to womanhood (we have periods for HOW many years? Why?) Many are experiencing the void of an empty nest while also caring for aging and fragile parents.
Life has lost its sparkle.

And then we have you.
You’re on a hormonal journey all of your own but let’s be clear. Your testosterone is declining so subtly, it’s comparable to walking down a hill while you stop to smell the daisies as you’re enjoying the journey. Granted, some men may experience the effects of low testosterone but it’s not typically accompanied by wild emotions.

In comparison, your woman’s hormones have bungeed off a cliff. Her ovaries have been sputtering for years and her hormonal levels have been swinging wildly. And then out of the blue, they decline sharply.
The consequences are not fun. Suddenly, 30 minutes of exercise a few days a week isn’t enough to prevent the spare tire from magically appearing around her belly overnight. Her luminous skin is now beginning to sag and she notices every new wrinkle and imperfection, even if you don’t.
Her hair may be losing volume, she ma

y have developed a receding hairline and suddenly, the funny one liners you’ve prided yourself on, aren’t funny anymore. Best of all, you’re wrapped in 4 blankets trying to shiver off the arctic environment AND the extra 3 fans blowing while she’s throwing off the bedsheets and complaining ‘it’s hot in here…..’

What on earth is happening? 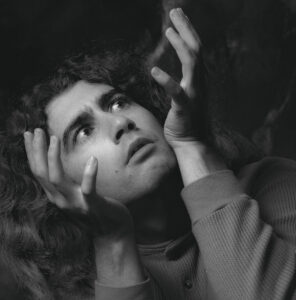 I know it doesn’t feel fair. But I thought it a good idea to educate you about what’s really happening to her mind and body so that you don’t feel insulted. If you understand the dynamics, and leave your ego at the door, this will be a much simpler journey for both of you.

Common Man complaint: “Why are you crying? It wasn’t even that sad…”

Scenario one: You’re watching a movie. The boy bends down to hug the dog and your woman begins to sob. The dog hasn’t even died. You’re perplexed.

Scenario two: Your son returns home after football practice and announces he’ll be at his friend for dinner. She begins to sob.

You feel as though you’re living in a mystery novel.

Blame lowered estrogen. Estrogen acts as an antidepressant. When it’s low, we are much more inclined to feel a heightened sensitivity to life in general. What do you say to fix the problem?

NOTHING! You lean over to give her a tissue, and a hug. Do not laugh, belittle or question. Just be present. This may feel like forever, but it won’t last, I promise.

Man complaint: “It always feels like you’re on your period….”
I get it. She’s thrown a cup at your head and found another reason to feel insulted by what you said/did. This isn’t about you. If you can keep telling yourself that, you’ll survive.

Again, blame fluctuating hormones. They’re unpredictable. If YOU’RE surprised, you have no idea how much more we’re surprised that we could throw that accurately and that hard.

What to do? Never accept abuse. But, don’t try to reason with her in the heat of the moment. You won’t win. Walk away – preferably outside or away for a bit. When all is calm and she’s apologized, encourage her to explain what triggered the emotion. Normally a pattern will emerge. The sooner you learn it, the sooner you’ll learn what to avoid doing or saying. 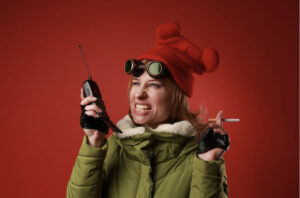 Man complaint “Why are you always hot?”

Lowered estrogen messes with the pituitary gland and its temperature regulation. Think of a faulty central heating. It’s 115F inside and central heating pushes out even more hot air. That’s pretty much what’s happening. It’s not in her head. She’s not trying to be difficult If you’re curious about what she’s experiencing, here’s an experiment.

This is a pretty tough problem to solve as there are many strategies that work for some women but not for others. But definitely acknowledge her discomfort and don’t tease or roll your eyes! Offer ice chips, a movie in an air conditioned theater, a cool drink, bring the fan closer and don’t try snuggle when she feels as though she’s in the midst of a volcano eruption. Again, this is not for the rest of your life.Hopefully.No, really.

Tough one this. Testosterone takes a major downfall in women during Menopause. Remember how sex predators were castrated so that they wouldn’t have sexual desires anymore? Low testosterone in women results in a lowered desire for sexual intimacy. In addition, low estrogen can cause atrophy in the vagina which may result in painful intercourse. Testosterone is also responsible for motivation and success. If your woman is blue and ‘off’ sex and lust for life in general, blame her hormones.

This does not mean that women don’t yearn for sex or intimacy or that they find you less attractive. It just requires a different strategy. Lots of loving, acknowledging you still find her attractive and desire her, works.
Maybe research non toxic water based lubricants together so she knows you care. Approach her with lots of gentleness. Date her all over again. It works!

First of all, we KNOW! We can’t understand why we feel blue so suddenly and why life doesn’t hold the same fuzzy appeal.
Low levels of estrogen, progesterone and testosterone again!One of the worst things you can do, is point it out and accuse her of being a killjoy. Believe me, we don’t love feeling this way.
I think it’s easier when I explain to men in their terms how we’re feeling. It’s pretty much like:
* Your favorite football/baseball team keeps losing. Again and again and again.
* You’ve lost your erection and your’e impotent.* You’ve lost your job.
* You’ve lost a loved one/family member/fur member.
* You’ve packed on 50 pounds and you can’t zip up your pants.
* You entered a race and came in last, so late they’re tearing the finish line down.
Understanding it yet?
We’re not expecting you to be Pollyanna or Maria in the Sound of Music and ignore the problems at hand, but we do need you to take charge and plan some fun things to do that show you’re willing to help us feel better.

Again, dating your woman all over again is a great strategy. Being warm, accommodating and understanding will reap many benefits.

In conclusion, I recommend you partner with her in this journey. Pretending this isn’t an issue when it clearly is an issue, is having an elephant in the room you’re both politely ignoring. When women feel understood, validated and loved despite knowing they’ve morphed into candy without the sugar coating, will expedite the time in potential misery.

Also, recognizing that Menopause is a natural state and not a disease, helps to lower cortisol which is often running amok during this transition. This too shall pass.

So, lots of deep breathing, thinking before you speak and finding a constructive outlet for yourself during the very trying moments, will help you keep your sanity too.